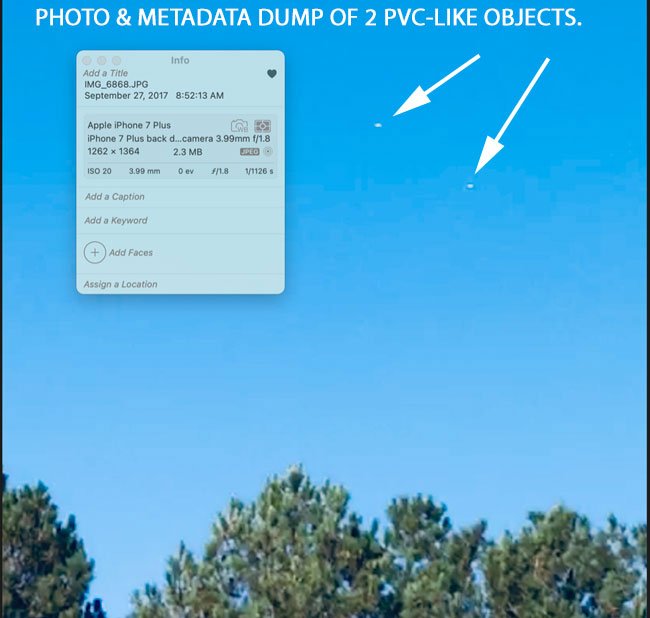 Description: A man saw 2 objects that looked like PVC pipe. The objects appeared to have electricity flowing around them. They were dull gray in color and made no sound. The objects moved across the rooftop in less than one minute and were gone. A photo was taken with an I-phone, but the details of the object were not captured. An insurance agent also saw the object, but was afraid to talk about it because he thought that he would lose his job. The witness has a MADAR (Multiple Anomalous Data Automatic Recording) unit which detects magnetic fields. The object did not generate any magnetic fields.