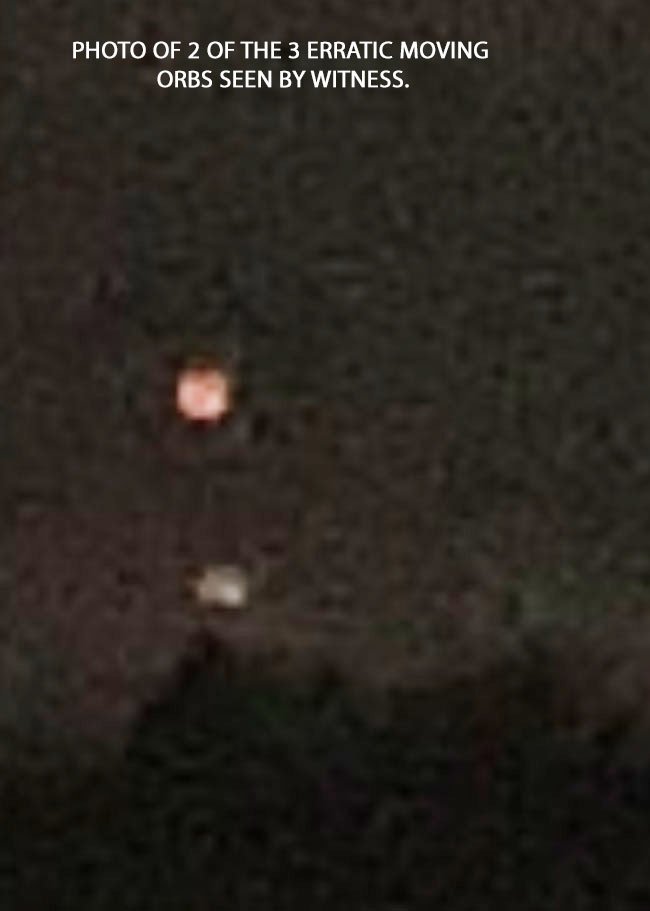 PHOTO OF 2 OF THE 3 ERRATIC MOVING ORBS SEEN BY WITNESS.

Description: Between the hours of 12 AM and 5 AM I observed three bright objects in the western sky on the horizon above the trees. They appeared to be round (some would describe them as an orb) and they would divide into several smaller orbs, then come back and unite with one of the three larger ones. They would dip, dive, bounce, and move vertical and horizontal. They would totally disappear only to return a few minutes later.

Fort Knox Army base is not far away, but if it was some kind of military aircraft it made no sound. My iPhone takes poor pictures, but these are two of the three large objects on the horizon.

The post 3 Bright Round Objects Move Erratically. appeared first on .

2 Silver Lights Move Erratically in & Out of Clouds.