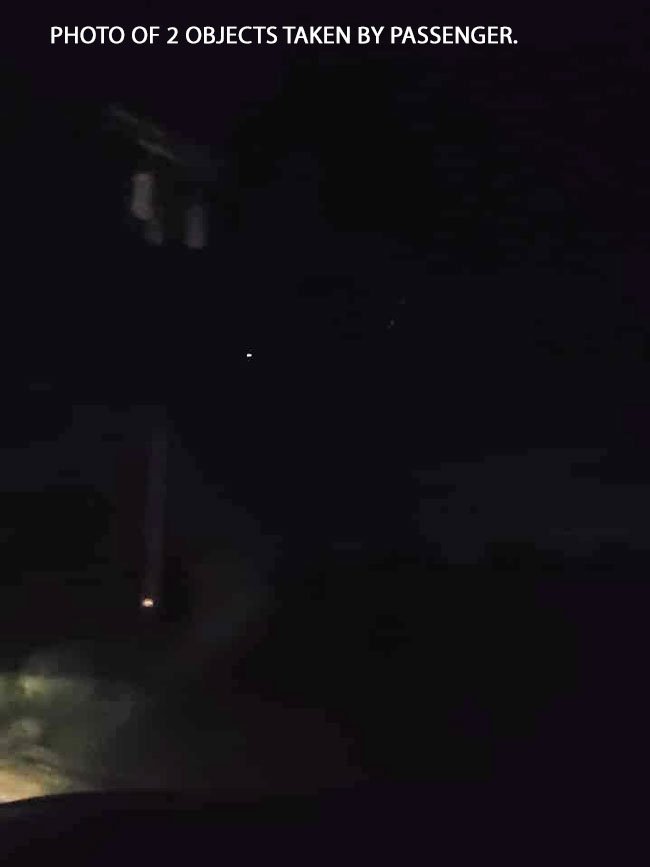 PHOTO OF 2 OBJECTS TAKEN BY PASSENGER.

Description: I was driving the back roads northwest from Albany, Oregon toward Independence, Oregon, about 4 miles prior to Independence, saw a “bar” which had 3 and 4 lights. The lights would change colors, white, orange, yellow, blue, and was moving from an area of farmland northeast of the Willamette River on the Salem side. We were driving on the Independence side, west side of the river. It came straight toward us as we drove, and was “gliding”. At one point the lights went all white, and we noticed another orange-ish round object further northeast, as if over the South Salem area. Both were too low for stars and did not have blinking airplane lights. As the one with a bar of lights got closer, it started to feel ‘ominous’ and we sped up as I instructed my passenger to snap a couple photos the best they could out the window. We turned onto the bridge and onto South River Road, and were between the two, and suddenly the two began blinking alternatively, as if “communicating.” It looked like the movie “Close Encounters.” One would blink a pattern, while the other lights remained steadily “on” and then the other would repeat the same pattern back while the initial ‘craft’s’ lights would remain steadily on. We witnessed this at least 5 times in succession, before turning up onto a mountain road and lost sight of the two. Prior to turning, it seemed the orangeish lighted round object was over farm area in the area northeast of Independence, west of south Salem areas, and the bar-lighted on was definitely over the farm land area of southeast Independence near Corvallis Road.

Note: It is difficult to interpret the above photo. The photo shows two objects and perhaps a reflection. The witness implied that the passenger rolled down the window when taking the photos. If this is true some of the reflection would be minimized. Another similar photo was taken. 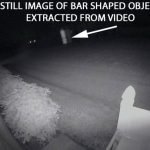 2 Round Orange Lights Move Toward House. 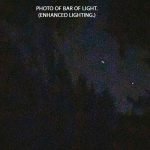 Bar of Light Moves East at a Steady Pace. 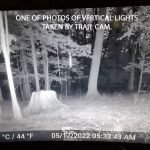