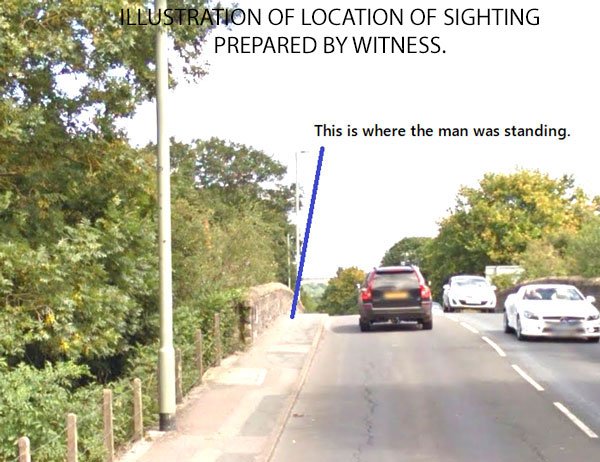 Description: Years ago I witnessed something that I really can’t explain at Newton Road. It’s been playing on my mind for a long time now and that’s why I have decided to come forward and write about what I saw that morning. This is really out there and I wouldn’t of believed it if I hadn’t of witnessed it with my own eyes. It was about 5:30 AM and I was having a smoke waiting for my lift to work when I began to watch a man as he walked along the pavement on the opposite side of the road. He was dressed in black and looked well built. There was nothing odd until he stopped abruptly when he got to the small bridge that over looks the old railway lines. It looked as though he had seen something. This is where things got weird. As I watched the man he turned and looked over the bridge and then to my surprise a ball of white light flew up right in front of the man and stopped right in front of him. The light was incredibly bright and the strange thing was that it did not cast any light on the man or the surrounding area which did not make any sense. At this point I had put out my cigarette and I had moved a bit closer to the wired fence that was in front of me so I could get a better look. The light was now even closer to the man and it was now right near his face. I watched on in astonishment as the man tried to grab at the light which caused it to move back away from him. The light seemed to glide through the air which was really strange. The man just stood there looking at the light before it glided through the air up toward the trees where it just stopped. The man then looked away from the light and looked up and down the road before he looked back at the light. The light then glided behind the trees and the man started running down the road heading in the direction of Kingsteignton. I watched as the light faded away into the trees and I stood there for a while trying to make sense of what I had just seen, but I couldn’t. Then my friend pulled up in his car to pick me up so I got in his car and we made our way to work. I said nothing about this to my friend. What I had just witnessed was unbelievable. I believe that I witnessed this event some time in the winter of 2001 or 2002 at Newton Abbot Devon UK. Yours sincerely Daniel Jones. I really felt that I had to get this off my chest.

The post Bright Ball of Light Glides in Front of Man Near His Face. appeared first on . 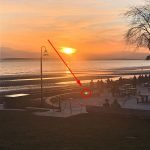