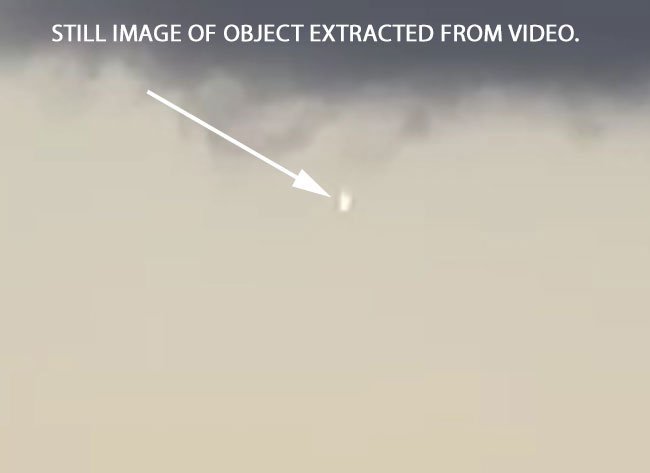 Description: Here is the information about what I saw. It was November 24, 2021 and I shot the video with my iPhone at 6:57 PM. The object was moving very fast away from us. There was no sound, no trails other than what looked like a fireball. The Refuge manager had binoculars with her so if you turn up the volume you can hear our comments.   She described what she saw magnified.  We had just finished dinner sitting outside Charlie House deck facing the ocean. I believe that was facing north on the island. I can find out exactly if you need me to. Midway Atoll is only 2.4 sq miles in the middle of the Pacific Ocean 5,000 miles away from the nearest continent on either side. I will send you the video next. Would love to hear your thoughts once you have viewed it. I started doing some research as I would like to report this to the Pentagon, but couldn’t figure out how to do so. I stumbled upon you on the internet. I think someone who is knowledgeable about these UFOs should see this. Hopefully you are the guy.

William here is the video. You can hear all of us in wonderment trying to figure out what we were seeing. Please call me after you have had a chance to review.  Would love to hear your thoughts.

The coordinates of the sighting were 28 degrees 12 minutes North and 177 degrees 21 minutes west. I was with my film crew BBC, Nat. Geo. along with filmmaker and film producer. The film producer works for the Smithsonian Museum of Natural History and the Nat. Geo. Channel. The Wildlife Deputy Superintendent for Midway Atoll and Wildlife Pacific Islands External Affairs Coordinator were also present.

Someone said: look, there’s a plane. I said that is no plane. The object was moving very quickly and by the time I reached in my pocket to retrieve my iPhone, it had passed us. I filmed it for more than 2 1/2 minutes, but by then it was so far away. There was no sound. It moved very quickly and steadily. It appeared to be descending.

Note: The object could be a balloon given that the object is moving in a straight line, appears to be floating is vertically oriented and is shaped like a balloon. The object appears to be moving slow in the video. The witnesses said that it was moving fast before the video was taken. The sighting was not in the time frame when weather balloons are launched ( 00:00 and 12:00 GMT) so it likely was not a weather balloon. The argument against a balloon is that the movement was moving too fast which was observed by the witnesses.