Description: While lounging in my mother’s backyard, I opened my eyes and saw what appeared to be a perfectly spherical metal object which at first I thought was a weather balloon. But it moved from horizon to horizon in an almost straight line from west to east at an exceptional rate of speed. I estimate it was at approximately 500 to 1,000 feet and moving at a speed of at least 400 knots. It definitely was a sphere or appeared to be from underneath. And nothing with that shape at that time could move that fast. The entire episode lasted only five or six seconds, and the object remained clear in my vision without changing shape or doing anything other than flying at that very high rate of speed over the north part of Phoenix. I thought about reporting it to Luke AFB, but decided I didn’t want to be delayed returning to my duty site in Calumet Michigan. See recent report for radar and visual radar and visual UFO sighting at that location. 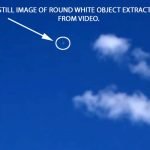 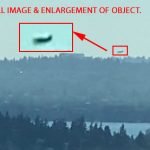