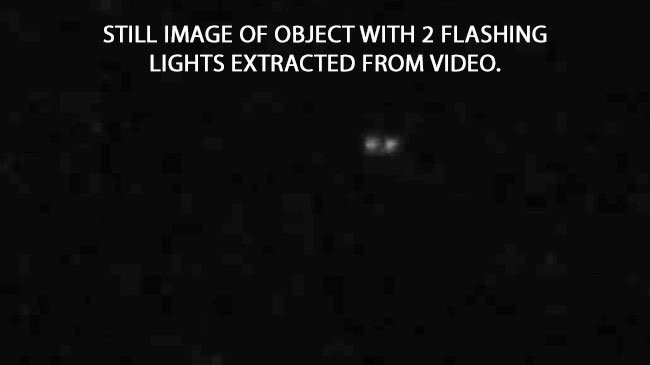 STILL IMAGE OF OBJECT WITH 2 LIGHTS EXTRACTED FROM VIDEO.

Description: My passenger and I were driving back roads in the country heading to Independence, and had noticed a light which was not moving. I noticed it because it was lower than planes typically fly. I hadn’t said anything for about 3 miles, but I was watching to see if it was a plane. I finally asked my passenger if that was a plane, and they said with conviction “NO.” I slowed down to be able to watch it better, and then it began moving to the left and right, seeming to ‘return’ to where it had been hovering. I finally pulled over, realized it was over the river and fields on the other side of the river. We watched it “bend” into a slight “V” or boomerang-ish shape, with 4 lights then appearing. It then broke into 2 sets of 2 lights, one disappeared, and the other then melded into one light again, and began “zipping”/”darting”, but remaining in/over the same area. After a few seconds, they came back together, formed one light again and then began to move NW. I began driving and about a mile and a half up the road we saw it again, it was moving south and much slower, but had the 4 lights on. I pulled over and we watched it. It came over right in front of us, but was about as high as a hand glider would be. The lights were a pale blue and there were 4 lights. I reached into my bag and pulled out my Canon, but the photos when uploaded were unexpectedly blurry and they looked as if I didn’t have a telephoto lens attached (which I did). I cannot explain this, it’s almost as if a force I didn’t notice caused my camera to malfunction. As it passed over, while I was attempting to take pictures my passenger was recording on their cell phone, but that recording too was exceptionally blurry and did not turn out with anything that could be seen. The thing was absolutely silent. We rolled down the windows to listen because we were in the country, remote, and no sound was around. It “floated” away heading south over farm land between Corvallis Road and Buena Vista Road and then in about 5 seconds it was gone. It had entirely disappeared.

Note: The video was taken from the passenger’s cellphone. The video has been enlarged.

The post Object Splits Into Multiple Lights & Comes Back Together. appeared first on . 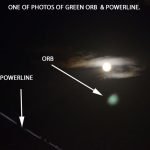 Multiple Strings of Lights Hanging From the Sky.