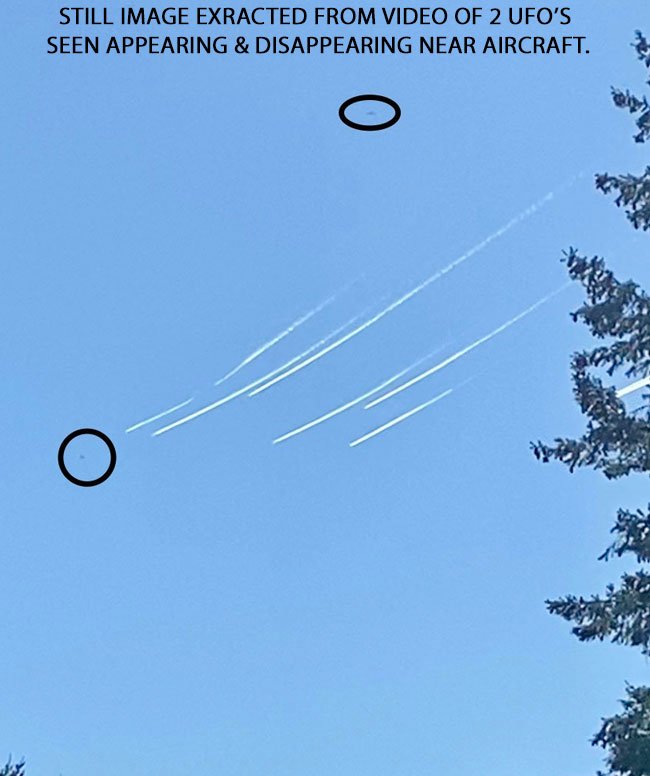 Description: We noticed what looked to be 7 aircraft with contrails in the sky and as we watched I saw something appearing and disappearing that moved so fast I couldn’t explain what it was. I started to record, but it being so bright outside it was hard to see. I kept scanning the sky to see if I could still see the objects. I started doubting what I had saw , but after going through my footage in slow motion and zooming in I believe there were 2 or 3 UFO’s flying around and perhaps following the other aircraft in the sky. The video will need to be put in slow motion to really see. There is what looks to be a ball of light shooting up and then also at the end of the video something in the sky flying very fast. I have a few different recordings. I had to stop recording a few times to tell my teenage son to be quiet because he kept yelling and cursing in the background which is unfortunate, but I’m glad I still was able to get some of it on video. I am having a hard time uploading the videos so photos is what I have unless there is another way to send them.

Note: The video has not been posted. The still images show the objects. The objects would repeatedly appear, disappear and moved erratically.

The post UFO’s Appear & Disappear in the Vicinity of Aircraft Contrails. appeared first on .

8 Round Lights in Pairs Disappear 1 Light at Time. 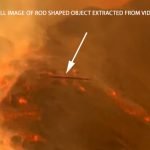